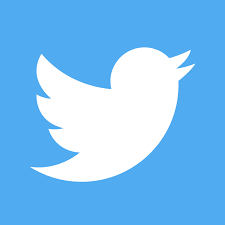 So…a certain national newspaper is seemingly whipping up a storm, outraged that a police force is looking to recruit to a social media post and spend £10k more than it would cost to recruit an additional officer of the law.

Is it really an example of money well spent in these days of rising violent crime and grumbles about a lack of police on the streets?

HEY! (and I’m shouting here…) GUESS WHAT? Social media is no longer the ‘new kid on the block’. Having a strong and positive social media presence as a public organisation isn’t optional, it’s vital if you are to successfully engage with the communities who ultimately fund you.
Any police officer, however good, can only be in one place at a time, yet with clever use of social media, you’ve got eyes and ears in lots of places, all at the same time!

I know how valuable the use of proactive social media content can be to engage with online communities because I have personal experience of delivering such content for a police service.

I can remember issuing tweets late one night after concerns were raised for a missing person. Within the hour, that missing person was found safe and well after someone, who followed the force on Twitter, responded: ‘he’s in the pub I’m in, standing at the bar’. Problem solved!
Without Twitter, how many police officer hours would have been spent looking for him?

Another scenario… don’t send up the police chopper, send out a tweet. You’ve got a much better reach on social media than the spotlight the police chopper will ever have when searching for someone or something.

Or, what about crime prevention? You’ve had half a dozen reported burglaries in the same village. Share via social media and you can let people know, fast, as well as offering support and advice on how to reduce the chances of becoming a victim of crime.

Police officers undergo a huge amount of training to understand the complexities of law. Your social media expert with have done so too – only their area of expertise will be media law. Social media can be a legal minefield. You absolutely MUST (shouting again!) know what’s what or risk a very public fall from grace and possibly curtains for your job.

There’s been many a career, thwarted by ill thought-out or knee jerk posts on social media – remember the DJ fired from Radio 5 Live following a ‘catastrophic’ tweet about the Duke and Duchess of Sussex’s baby son?

Some celebrities even admit to simply not trusting themselves to run their own Twitter feeds – one prominent singer springs to mind! Maybe Donald Trump should follow that advice but that’s a whole new blog, book, full works etc!

If you’re ultimately responsible for the social media content of an organisation like the police, you need to be an expert in your field, know what you’re doing and the job most certainly won’t be putting pretty images together and adding a trendy hashtag!
You’ll need to be legally competent and aware of pitfalls such as internal organisational and external politics.

Timing needs to be considered – is what you post likely to be lost in something that is trending? When your message is mostly likely to be best received by the audience you are trying to reach? And then there’s the sharing with partners element – liking, retweeting and supporting stakeholder messages as well with appropriate comment.
You’ll have had various communications to get the message right and sent at the right time – some posts would need a sign-off so you’ll be keeping abreast of who and when.
That person will also need to have an eye on information coming in and know how to respond appropriately if it is a cry for help or information about an ongoing incident which could be used as evidence. You can’t just RT stuff either – it’s got to be thought about and appropriate.

Employing a civilian with expertise in this field has to be money well spent. They may indeed be ‘riding a keyboard all day’, as the national story called it, but it does mean a fully-trained police officer doesn’t have to, and can concentrate on what they do best – fighting crime.

‘I before E, except after C’ and other pitfalls of the English language
January 17, 2020

How to choose between PR and advertising
December 30, 2019

Is it Season’s Greetings or Seasons Greetings?
November 29, 2019

Why you don’t need every social media platform for your business
September 22, 2019