Bring a boot not a bottle – football boots for Kenya 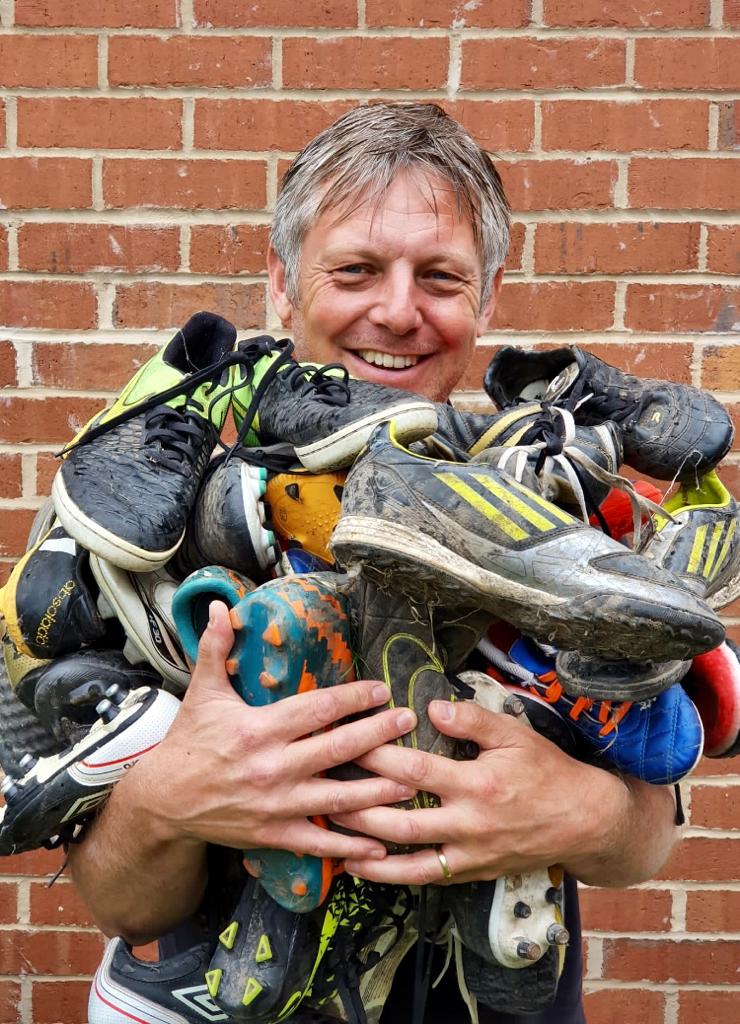 An old pair of football boots isn’t usually what you’re asked to bring to a get-together, but that’s exactly what’s been requested for a business event in September.

The strange idea came to Nick Inge, the co-founder of CIC Worldly Wise, after spotting a Facebook post from one of the organisation’s members.
Osoya George, the Executive Director at ‘Football without Borders – Kenya’, had posted a photo of a young student with some old football boots that just couldn’t be worn again; and he didn’t have a new pair.
Nick shared it to his timeline, which was then spotted by a former colleague who swiftly sent him some money to buy some for the boy so he could keep on playing football.
It was then that Nick had the idea to create a campaign to help more young people in Kenya to be given football boots – second-hand ones with a few games left in them.

Nick said: “When I saw the youngster holding up those worn-out boots, I just knew that there would be some way to help with something so simple!
“There must be lots of old boots in cupboards, lying around at football clubs, lost in gym bags and car boots that still have some life in them and could be donated.
“I thought I’d just ask about amongst by friends and the Worldly Wise members to see what I could come up with to help.
“We were founded not long before the pandemic and with our members across the county and beyond, most of s haven’t actually net each other, so we are holding a get-together in Maidstone later in September so we can all meet.
“So it’s not ‘bring a bottle’ – it’s ‘bring a boot’!”

So far, more than 50 pairs of boots have been collected, including 48 in one go from Onslow FC in Guildford.
Other training equipment is also being collected such as training bibs and balls.

With that many, Nick had a problem – storing them all! And so, storage bins have been generously donated by Sheerness-based CDDL Recycling.

Something for everyone this spring at Brogdale!
March 29, 2022